Return of Southampton Marathon raises over £2,000 for The Murray Parish Trust 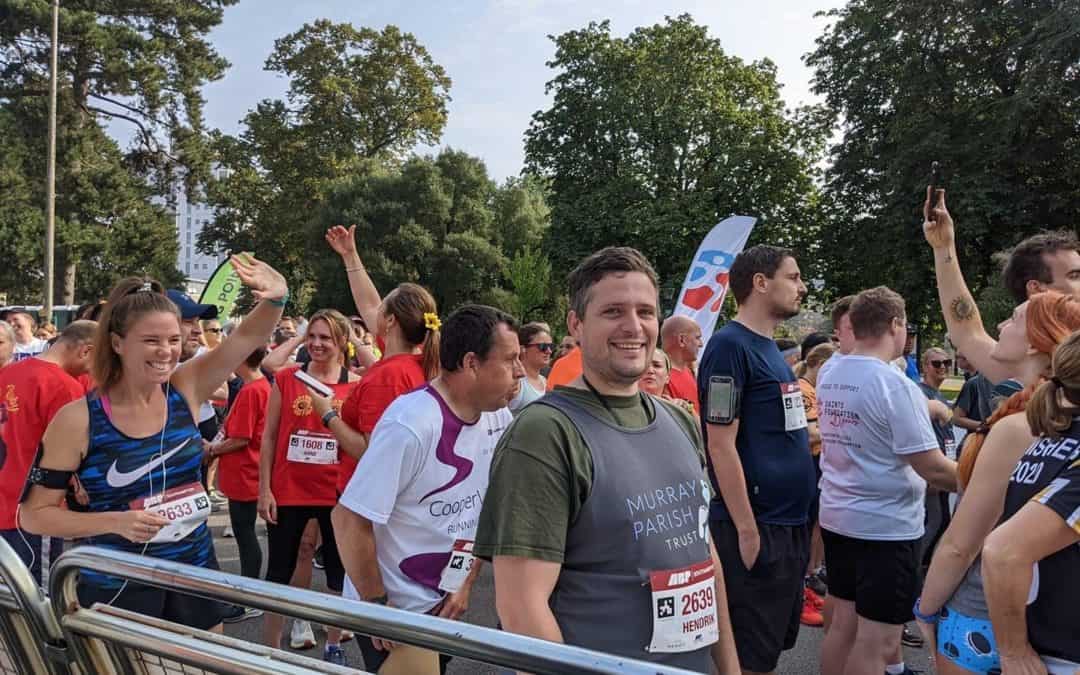 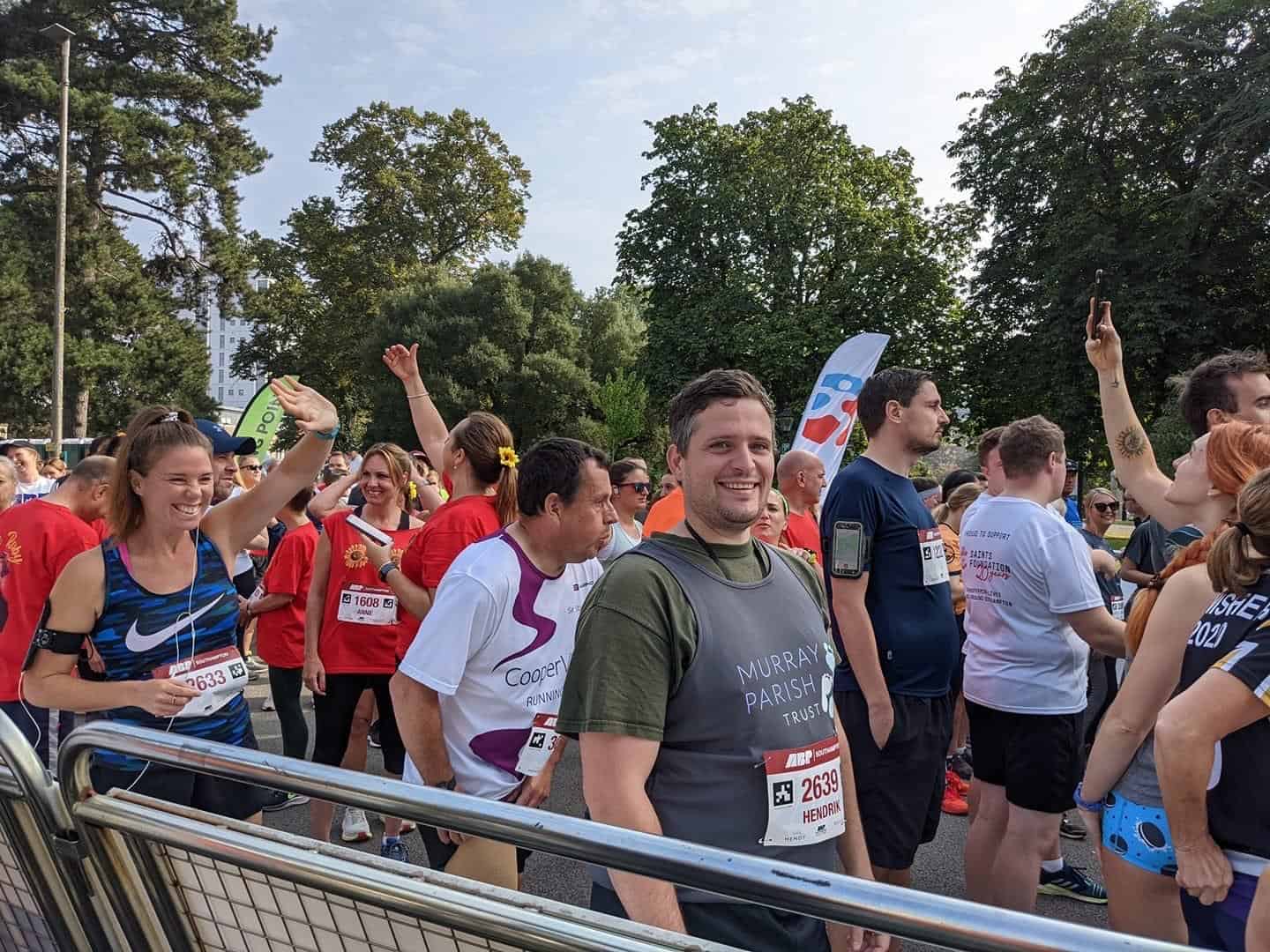 With the return of the ABP Southampton Marathon to the city’s streets and parks, after being postponed due to the pandemic, we are excited to announce that runners in various races on the day raised a collective £2,620.00 (including Gift Aid)

Hendrick & Eden from the Rick Stein restaurant in Winchester and Richard, Samantha & Fiona from BECG  all completed their races on 5th September and we would like to say a huge congratulations on their acheivements. 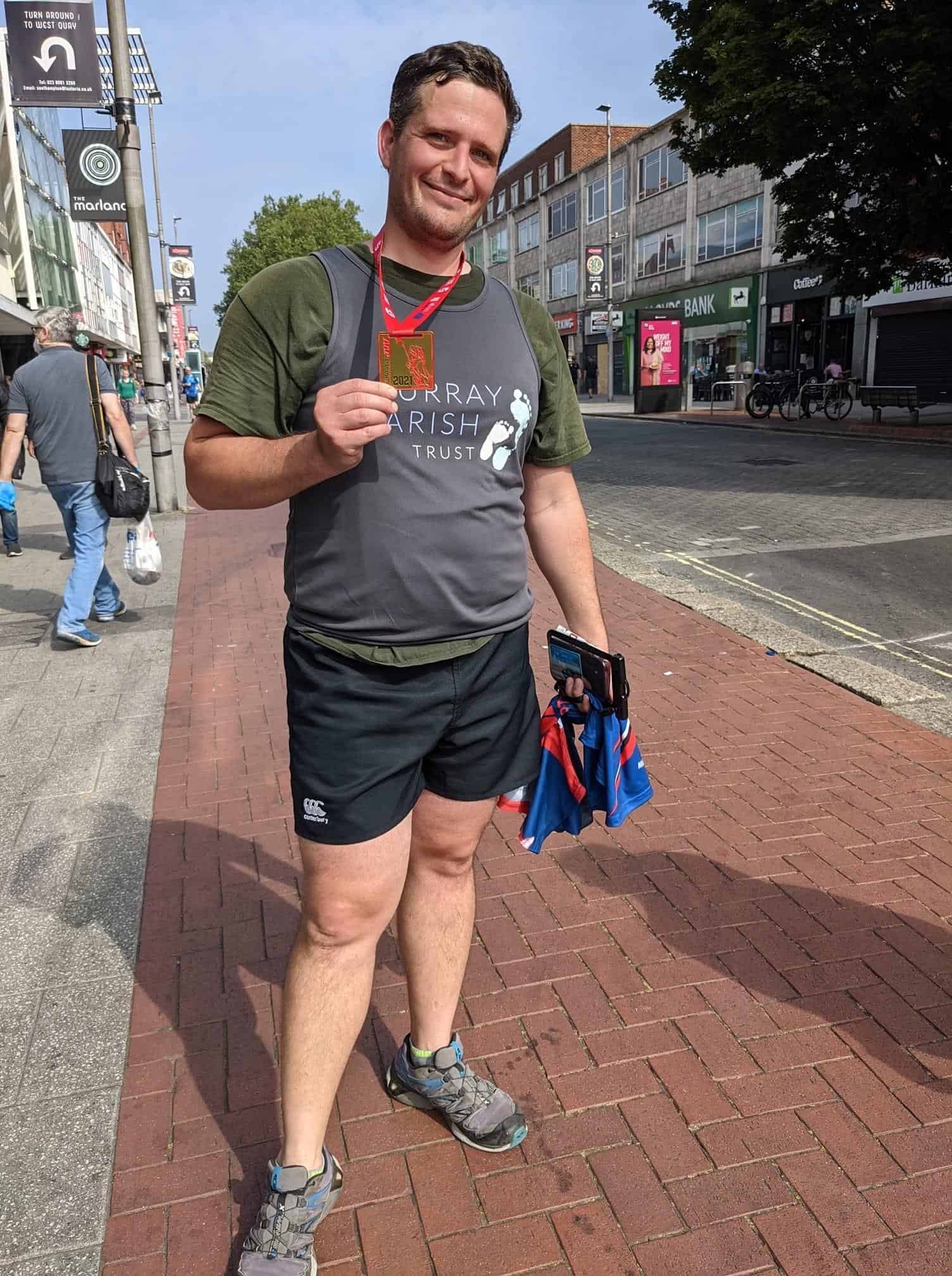 Hendrik, from Rick Stein Winchester, said after the race, “It was so much fun yesterday, so amazing to see the crowds of support, and so many charities being supported, especially happy that yesterday we saw a very big jump in our fundraiser.
Not much walking going on today, but still buzzing with the achievement, first ever 10km and I did it in 1hr 10…which I found out, is not too bad for an amateur. As soon as I conquered the bridge the rest was plain sailing. Very proud of Eden, he did a massive run, with such a busy work schedule, he still managed to get some training in and go the whole distance on the day.”

Eden from Rick Stein said: “The weather really decided we needed a few more days of summer! Finished in around 5:45, quite a bit longer than I’d have liked, but still happy I saw it all through. I’m putting this partially down to being double layered for most of the run… It was foggy when I drove in!…

…”The weather really decided we needed a few more days of summer! Finished in around 5:45, quite a bit longer than I’d have liked, but still happy I saw it all through. I’m putting this partially down to being double layered for most of the run… It was foggy when I drove in!
Fantastic course, although there were more than a few times we’d be told “Just one more hill” only to discover the hill went up to another hill…
Met loads of people throughout the course, helped one fella make it to the end of his half marathon: he’d damaged his calves a few years ago and could feel them cramping quite a lot. During the second lap I was struggling, someone kept overtaking me only for me to overtake them. We ended up running together for almost the whole lap, great bit of teamwork around the track.
The crowd was awesome, I’m more than convinced I ran out of gas because I’d try sprinting off every time a kid held out a “Hit me for a speed boost!” sign.
My favourite moment had to be near the end of the second lap, lots of families were outside their homes cheering on, but most had started to go back in when I passed again. This one kid saw me struggling past and yelled out “You’re doing awesome!”, I yelled back “No, *you’re* awesome!”. He had the biggest little grin on his face.”

Hendrik and Eden managed to raise £665 which with Gift Aid comes to a grand total of £765 for The Murray Parish Trust!

“It was a great race but really HOT. Had a good start but the second half was tough with Richard picking up an injury. He crossed the finish line to rapturous applause!” – Samantha Clough BECG

Despite one of the team sustaining an injury Team BECG completed the Southampton Marathon and raised £1,605.00 which with GiftAid comes to a grand total of£1855.00! 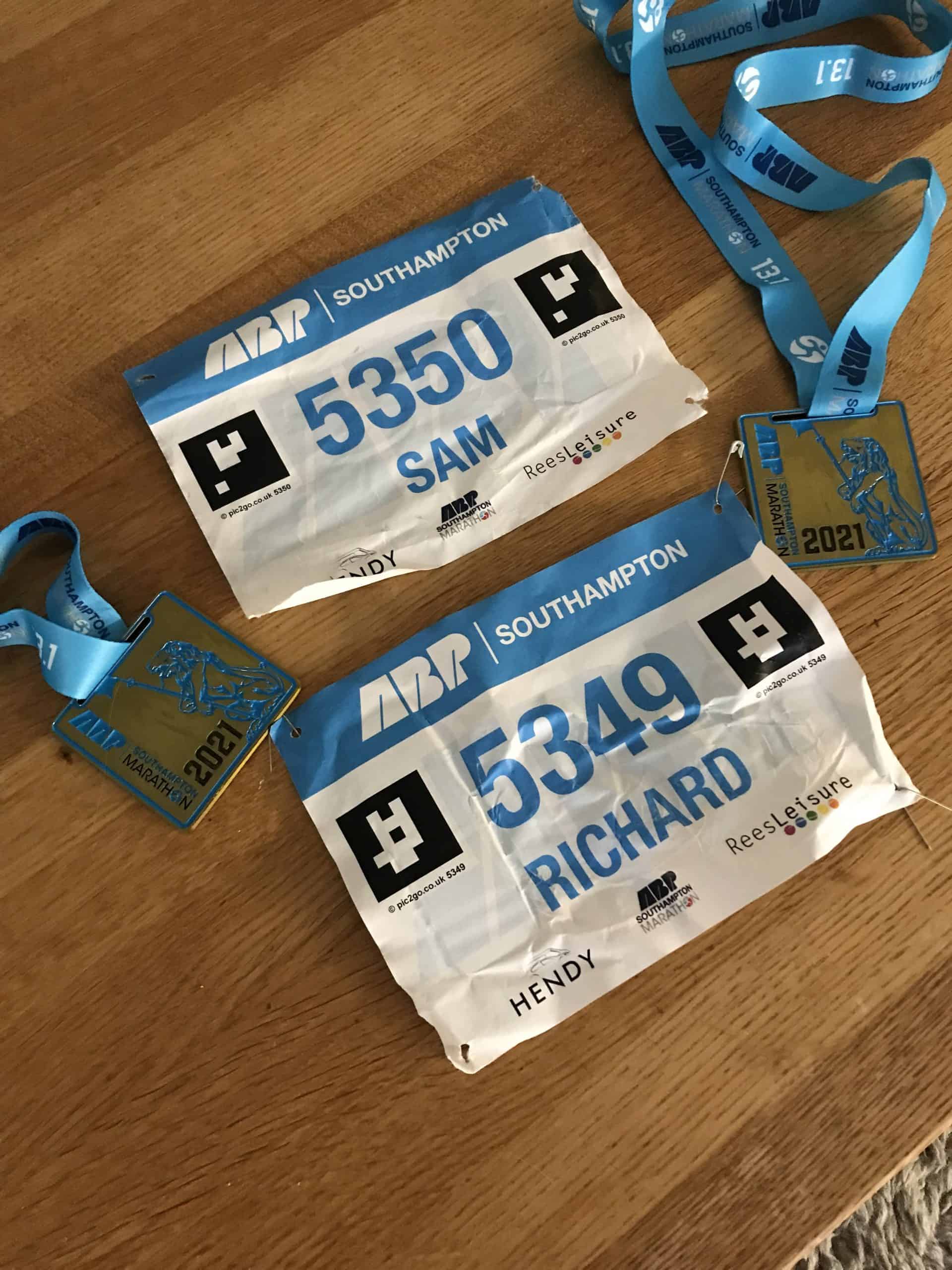 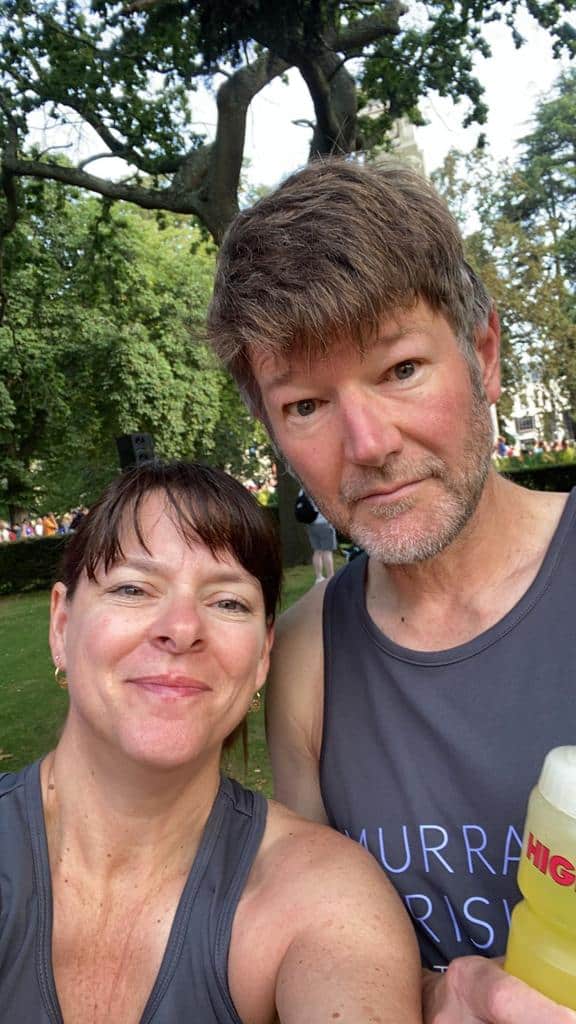 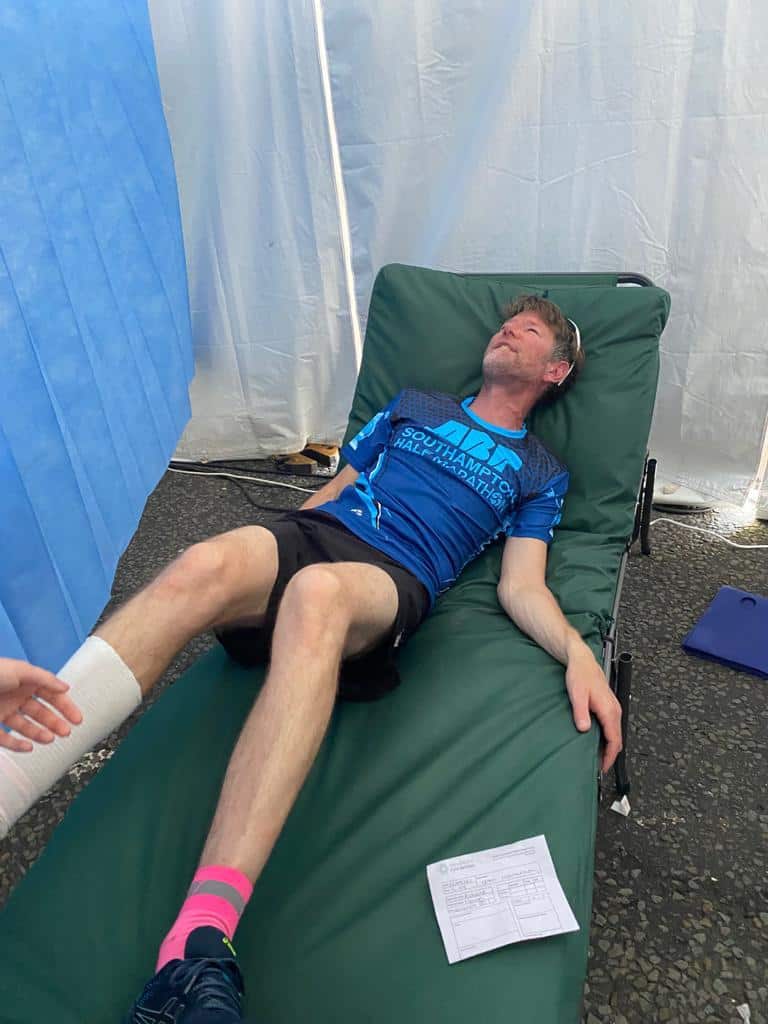 HUGE Congratualtions and thanks to both teams for running in the Southampton Marathon on what was a particularly hot day this year! We are so grateful for your support.

Would you like to run Southampton in 2022? Applications for our FREE charity places are now available. Please get in touch by emailing our Community Fundraising Manager, Julie Hindmarch at: [email protected]